This past weekend I had a very fascinating late-into-the-night conversation that inspired this post. I was invited to a BBQ with a very good friend of mine and it was being hosted by several friends of his. After the dinner and several people left, the remaining group was me, my friend , and two married couples, including the hosts. We were enjoying dessert and some fun conversation, and at some point the conversation turned to dating and relationships. For some background context, my friend was in a 5 year relationship (married for 3) but now is going through a divorce. The host couple has been married for about 2 years and together for 4 years, and the other couple has been together for 15 years and married for 8. The age ranges of everyone (myself included) are from 31 to 38.

So with that background context in mind, it’s quite amazing how much of an eye opener having Red Pill awareness can be. Through the course of the conversation when I posed the question of what makes relationships work and last I got the usual, Blue Pill responses of “it takes hard work and communication” and when I inquired why dating is challenging today the responses of “men are intimidated by strong independent women” and “they don’t act like men” were what I received. If you assumed that the women where the ones leading these responses, you’d be correct. If you also assumed that the men unquestioningly complied with these responses, you’d also be correct.

As the conversation progressed inquiries about why I am single came up, and the usual comments of “you haven’t met The One yet” and “you need that One person who…” came up multiple times. It’s really fascinating just how ingrained the idea of “The One” is in our culture, and how people approach relationships from the view point without question. Since I was being given the Blue Pill sales pitch, I decided to pose a question to bring up some Red Pill awareness to the conversation while framing it as “food for thought.” I had mentioned earlier in the conversation that men are more romantically optimistic in their approach to relationships while women are more pragmatic (hypergamic in reality, but I had to be softer in phrasing that). I noted that both are complimentary in balance but in order to have it one must understand those natures. The conversation reached a point when we were talking about how relationships go in waves, with highs and lows. There are times when things are going great and then there are times when things are going bad. Fair enough, that is true with any relationship. So to illustrate my point on the differences of how men and women approach love, I posed this question:

“How long do things have to be consistently bad before you know it’s time to end the marriage?

The 15 year couple answered the question right away, but with very different replies. The husband immediately responded that loyalty comes above everything, and that one needs to honor their commitments. His wife responded right after him with “One year.” This dichotomy is the perfect example of how men and women approach love. Men approach love from standpoint of we always look for the potential of what things can be and we will move heaven and earth to hold onto that idea. In the case of the husband the thought of ending his marriage wasn’t even on is radar. Loyalty, and a sense of honor binding him to that loyalty means that no matter how bad things get and they stay, he’s in it until “death do us part.” Women on the other hand are much more pragmatic in their approach to love, it’s very much conditional. If the conditions remain favorable or good, all is well. Should those conditions change and become unfavorable or bad for a certain period of time, as many men find out the hard way, love does not conquer all and suddenly the relationship is in danger of ending or is already over. So while for the husband loyalty is what matters until death, for the wife the conditions are if the situation is bad for a year, it’s time to end things. For all the talk of “hard work, communication and loyalty,” the wife had a ready-fire specific time table while her husband didn’t even conceive of terms limits.

Now, this example isn’t to expose women as traitors or opportunists that are always waiting for a chance to jump ship. The purpose of this example is to highlight how men and women approach love differently so you know the reality of any relationship you choose to pursue. Many men are completely blind-sided by the women they are in relationships with because they do not understand that women approach love from a conditional point of view. If the conditions change, so will her attention and affections. For women it’s not malicious, it’s an evolved social survival mechanism. Throughout the history of marriage, women have had their well being, provisioning, and survival directly tied to the condition of their husband. Only since the 1960’s has that social situation changed, but centuries of evolved psychology still keeps the underlying motivations in place. Ask many ex-professional athletes about “unconditional love” when they played sports vs after.

Men tend to project their attributes onto women, especially in the “equalist movement” of the modern era, without seeing the fallacy of it. Men, being less pragmatic and more idealistic, approach love unconditionally. Take for example the ultimate Hollywood example of this, the movie Pretty Woman. For many women this movie makes the list for top 3 most romantic films of all time, if not at the top spot. But the story is about a very rich man who falls in love with and marries a prostitute. With the way men approach love, all past indiscretions can be completely forgiven and overlooked because he sees the “real her,” which his idealized version of her potential. If Hollywood came out with a movie called “Handsome Man” which was the exact same story but with the roles reversed, where a successful and rich woman marries a gigolo, it’d be one of the most reviled and mocked films ever made. Women love this movie because it highlights a very positive masculine trait, which is the fact that men approach love in a unconditional sense, which means that despite any past or current indiscretions, men can look past that, even though women do not afford men the same luxury when it comes to their approach to love.

As a man, it’s paramount that you understand that women aren’t the enemy, but their natures will eat you alive and spit you out if you do not understand them. If you’re Red Pill aware guy then you’ll certainly notice and see these ques vividly. For those of you that are Blue Pill aware or just starting to get some Red Pill awareness, it’s critical that you understand the unconscious mechanisms at play in inter-sexual relationships. Otherwise you’ll find like many AFC (Average Frustrated Chumps) out there, the love you think you have unconditionally is completely contingent upon a set of conditions, and once those conditions change, it’s game over. Just some “food for thought.” 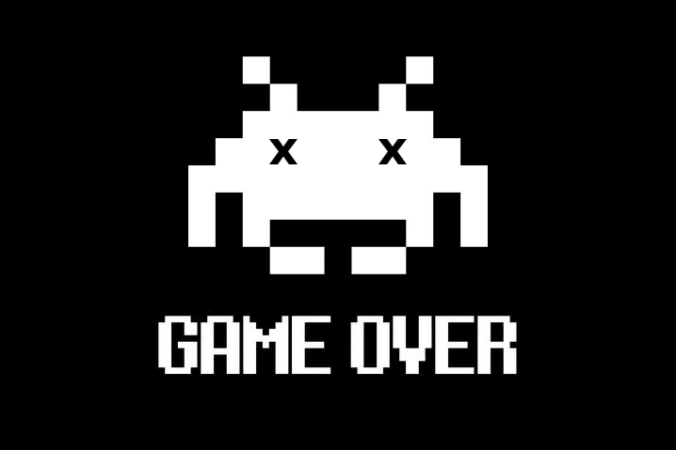 "The most original artist on the internet"