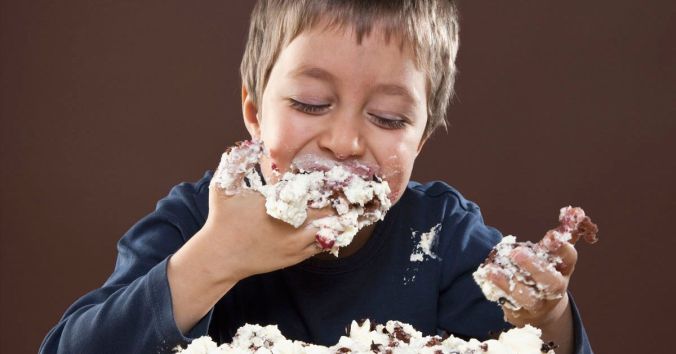 “But of course you can have your cake and eat it, too – if you decide to to bake a second cake. And you may well find that baking two cakes does not take twice the work of baking one.” – Robert Kuttner

It has been said that you can’t have your cake and eat it to, so for this post I thought I’d share a story of mine that’s related very much to the topic and the Red Pill takeaways from it. Spoiler alert – I did have my cake, I did eat it too and it was delicious.

Two years ago I had met this girl while out partying one random night near the beach. That night was pretty crazy, I wound up somehow partying with NBA player Deandre Jordan from the Clippers at his VIP table setup in the middle of this club. That part is neither here nor there, because I met this girl as I was heading out from the venue. I had popped to the outside patio with a buddy of mine, who had just shown up, and we had a third friend that wanted to meet up at a place across the street. I was game to change venues, the night was winding down, I had grabbed a few phone numbers, and since I was at the table of an NBA player, every girl there was ready to jump his bones. There are nights when you’re the top dog of the venue, and then there are other nights when a bigger fish comes into the pond. It’s just the ebb and flow of going out, and tonight was one of those nights.

As we were making our way out, this cute brunette caught my eye and she had a blonde friend that was with her. The brunette was half white half Latina mixed, had nice deep brown eyes and a nice petite figure. I struck up a quick conversation with the brunette, while my friend talked with the blonde. After about 5 minutes, I told the brunette that we were heading out, but they should join us for an after hours hangout, to which she responded that she would see, since her and her friend were with a larger group that was celebrating a birthday. I gave her a hug goodbye and she leaned in and kissed me, then said “I’m a tease,” with a wink and me and my friend left.

That night she told me her and the birthday group were calling it around 2am, which was fine since my friends and I were having a pretty serious conversation that night. I told her we would link up in the near future to which she replied she’d like that, and I left the conversation at that. Fast forward two weeks later, I hit her up and we wind up going out on a Friday night. I arrive a her place and meet her by the front door, and then we head over to a dance club that’s a 3 minute drive from her house.

We get inside the dance club and the atmosphere is pretty good. The tunes are solid, there’s a decent crowd out and the line at the bar is short. We grab a few beverages and chit chat about a few random items. At this point my sense is that she’s interested with a little hesitation, but also it’s early in the night. After about a half hour of dancing I pull her over to a booth so we can have a little more of an intimate conversation. We start the “people watching game” and we notice a group of people with balloons there celebrating a birthday. I mentioned how it was my birthday last week, to which she asked “What kind of cake did you have?”

I replied with “I actually never got a cake.”

She looked surprised and said “It was your birthday, by law you need to have cake.”

She replied, “You bet I can. I could bake you the best cake you’ve ever had if I had the ingredients.”

I took a quick moment, looked at her with a devious smirk, and said, “Let’s go get some.”

She looked a little surprised and said “Right now?”

I finished my drink, set it down, grabbed her hand and said, “Field trip time.”

I walked her back to my car and we then drove up the street to the super market. We browsed through the baking section and I let her take the charge in gathering the cake supplies. She picked out a funfetti cake mix while I grabbed a bottle of wine. We went to the checkout counter and she commented “I can’t believe we’re doing this.”

I just smirked and replied “You gotta be spontaneous.”

We then go back to her house and we cracked open the wine. She put on some music videos while putting the cake making supplies in the kitchen, and then come over to share a glass of wine. At that point I went in for a make out session, then she was topless and we wound up in her bedroom a few minutes later.

The next morning, I left her house near sunrise, and since she lived a block away from the beach I took a nice drive up the coast on the way home. We exchanged a few texts over the next couple of days and then the following weekend we setup a time to meet. I met her at her house again and we walked a few blocks to the movie theater to see Straight of Compton. After the movie we went back to her place were she said she had something for me. Low and behold, there was a fresh baked funfetti cake waiting for me on her dining table. We each had a slice, and to her credit it was really delicious. We wound up hooking up again and this time when I left her place I had a funfetti cake in hand.

1. Logistics are key. The dance club, the store and her house were all within 5 minute of each other which made it a breeze to bounce from one spot to another with ease and without losing any momentum. Always plan your dates/hangouts around easy logistics, especially when it’s the first through third time, after that you can do more extended trips.

2. Always have situational awareness. Beware of your surroundings, as you never know when an opportunity may present itself. Playing the people watching game is a great way to do this. By doing this, I was able to notice the other birthday group which leads me to takeaway 3…

3. Be ready to take the lead at a moments notice. You should already be taking the lead in these situations regardless, but as I mentioned about opportunities presenting themselves, you need to be ready move at a moment’s notice. When she mentioned that she was great at baking, I seized the opportunity to lead her to the store to get the supplies and then to lead her back to her house. If you’re a man worth her time and affection, then you have to be a leading man. Take the lead.

4. Be open minded. Many of the best dates/hangouts I’ve had are ones that are completely unconventional and unique. Going from a dance club to the supermarket to get cake supplies is a very random night, but it happened and it worked extremely well because it was a unique, off the wall story that I’m sure she’d never experienced before (nor had I at that point). But it only happened because I was open to seeing where the night would go.

5. Funfetti cake is delicious, especially when it’s a victory cake.

That’s all for today, thanks for reading and hopefully I’ve given you some food for thought (no pun intended…or is it?). If you enjoy my writing please subscribe or checkout my other articles or leave me a note in the comments sections.

Now go out and get all that life has to offer. 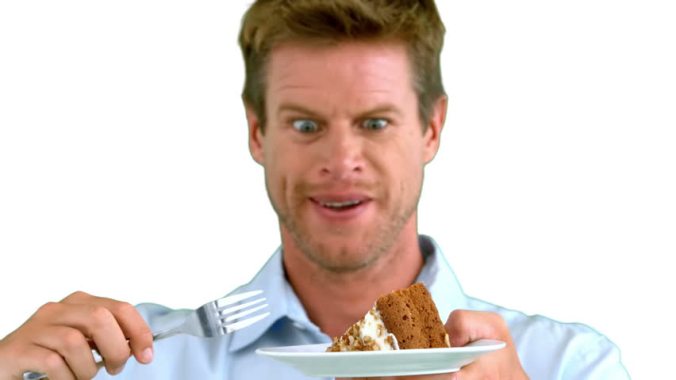