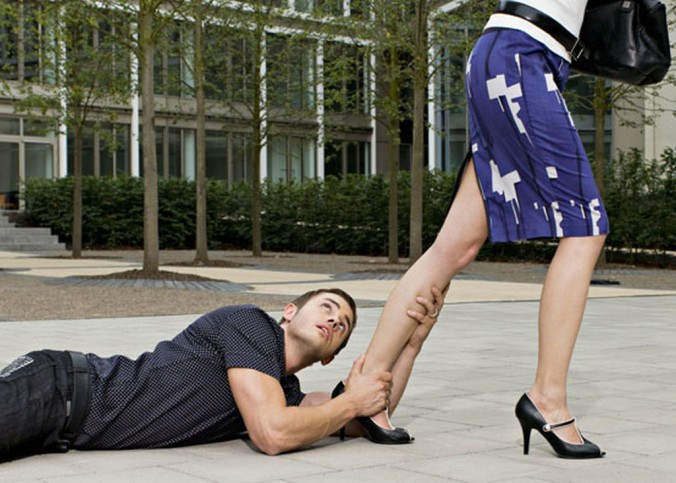 “Above all, don’t lie to yourself. The man who lies to himself and listens to his own lie comes to a point that he cannot distinguish the truth within him, or around him, and so loses all respect for himself and for others. And having no respect he ceases to love.” ― Fyodor Dostoyevsky, The Brothers Karamazov

For this post, I wanted to tackle an insidious phrase I hear over and over again, which at it’s core is one of the strongest Blue Pill shackles that keeps men chained to terrible situations. This phrase has all the right words and seems to express what men should be doing. But in reality, this phrase is a warped mix of self-deception that preys on a man’s sense of honor and doing the right thing. That phrase is:

“I’m giving it an honest try.”

The phrase of “I’m giving it an honest try,” or any variation of it (“We’re giving it an honest shot”, etc.) is such a sneaky phrase because on the surface it sounds like the right thing. It’s saying that a man is wanting to give a relationship a go with his full attention, desire and will power. It’s supposedly saying this man is a mature adult and is taking responsibility for himself and for his relationship. After all, men are the ones who constantly are in need of “growing up” right? What is so wrong with admitting to trying your best and giving a relationship your all?

To begin with, this phrase it built entirely on Blue Pill honor-bound logic that places the man’s internal value far below that of his partner in the relationship. “I’ve giving it an honest try” is always uttered as a justification that society and men tell themselves for sticking with a partner that they are not in a good situation with. This phrase never appears when a situation is solid, operating withing a good, healthy Frame. No one in those situations is “giving it an honest try.” That phrase always appears when there’s constant fighting, situational turmoil, and drama. Then mostly men will utter this phrase as if it’s justification of all the strife and magically makes all of the bad acceptable. It’s a phrase used as an end-all-be-all statement that supposed to be taken at face value and left be.

The next part of this phrase that’s very insidious is that no one bothers to ask the question of what does an “honest” try actually mean? As I mentioned before, this phrase is only used to attempt to overwrite a bad and dysfunctional situation. So are all the healthy situations “dishonest?” The true answer is that the “honest” part is a self-deception for the Blue Pill man. It’s a lie he tells himself over and over hoping that it’ll become true someday. “If only saying it, would make it so” (I couldn’t help but to toss a Star Wars quote in there).  The reality is that this idea of an “honest” try is completely female-centric Blue Pill conditioning that says “your duty as a man is to put up with this girl’s bullshit no matter what the cost to you is. It doesn’t matter how raw the deal is for you, you owe her an “honest” effort in the situation.” So keep on trying and sacrificing for the sake of being an “honest” man. You can see why it’s just a commonly used phrase for the Blue Pill man.

For men, this phrase is essentially the guy saying “I’m telling myself a dishonest lie. I’m abdicating my Frame to appease this girl in the vain hope that she’ll appreciate the sacrifice and find a way to respect me.” And as those who are familiar with the Red Pill know, once you give up on your Frame you will be eaten alive. Women don’t want you to cave to their temperamental storms, they want you to weather them and remain true to yourself and unshaken. If you can’t keep yourself protected from her temperament, how will you be able to protect her from the world? How will you be able to handle yourself when the tough situations in life come for you both? Women are constantly testing men because if she’s going to invest in a partner, she’s going to make damn sure her partner can handle himself and his business, regardless of what gets tossed his way. So if you’re losing your shit over a girl’s behavior, that shows to her that she can pierce your armor and therefor the world can pierce your armor as well. How can you possibly be a worthy shield if she can break you so easily?

If you find yourself saying this phrase, then I have news for you: It’s time to NEXT this girl and move on. Saying this phrase is an omission of relinquishing Frame and any chance of legitimacy has been lost. It’s far better to cut things off and move on before your soul gets ravaged and drained. Women are supposed to make your dick hard, not your life. If it’s the latter, you need to reevaluate your situation and see why your Frame isn’t in check. Then you need to be truly honest with yourself and proceed from there. The only “honest try” you need to be giving is to your mission in life and your own self improvement.