“Small shifts in your thinking, and small changes in your energy, can lead to massive alterations of your end result.” ― Kevin Michel

We are the end results of the choices we have made in life, and more often than not, those choices our influenced by our way of thinking.

Years ago, when I was making my initial transition from Blue Pill to Red Pill, my roommate at the time had a female friend of his from the east coast coming to visit LA and hang. I was down for some adventure, so all met up at a local Japanese bar to take full advantage of happy hour. My roommate’s friend, who we’ll call Lauren, was a cute, bubbly Jewish girl with very good boobs and a high energy level. Me and her hit it off pretty much instantly, and we all put the word “happy” in happy hour.

After the Japanese bar we went back to our house to continue hanging. We put on a movie and Lauren and I got cozy on the coach, and the once the movie was over my roommate stated that he was tired and was headed to bed. I took Lauren in my room to hang, and then we proceeded to hook up.

We were laying in bed and she asked me “When did you know you wanted to hook up with me?” I replied with “I pretty much knew after a few minutes…When was the moment you knew?” She responded with something seemingly arbitrary, but it would have a profound impact on my thinking and Game:

“Pretty much right away. I mean you where this tall, hot guy that was a lot of fun from the start.”

Now, as much as I enjoy the compliment, the phrase “hot guy” caused a drastic shift in my mindset. As mentioned before, I was at the beginning stages of my Red Pill journey, but that phrase “hot guy” ran in my head. I’ve had some minor success with women before hand, but never had I ever thought of myself as a “hot guy.” To me, a “hot guy” was always some other guy, some shirtless and shredded Chad like Brad Pitt in fight club. But for this girl, I was that “hot guy” which led to us hooking up. From then on, that mental shift would have a butterfly effect of me realizing my value as well as farthing my trek into Red Pill conversion. I’m grateful that a positive moment helped me transition further into the Red Pill rather than a traumatic one. I’ve now incorporated the mindset of “I’m a hot guy” in my Game and it’s yielded big results, as it’s help to solidify my confidence which led to many successful interactions with women in the future.

I share this story as an anecdote for you, in that perhaps there is a limiting belief you have or you never tried thinking of yourself in a certain way. A small mental shift, like “why would she go out with me?” to “why wouldn’t she want to go out with me?” can have a large impact on your success rate as well as the choices you make. If you were like me and never thought of yourself as “a hot guy,” imagine yourself that way and see types of results it can produce. Small changes, be it changes in your thinking, your style, or physique can have a cascading butterfly effect in your Game. Now is the time to experiment with small tweaks and see what results they produce, and then build upon positive results. If you’re a well seasoned vet, then you already know the power of small change and you’re continuously implementing them to keep your Game at it’s peak.

Go out there and conquer your goals. Cheers. 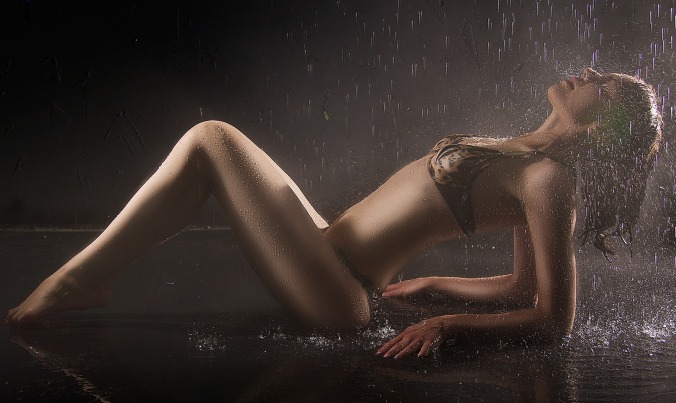 SEX, WORDS, and SIDEWALK. Daygame stories and Game for men that think.